Internet Addiction Disorder (IAD) that has only recently been acknowledged as a legitimate problem - needs to be addressed strategically, combatting it head on. However, getting young men to abandon their electronic devices maybe too lofty a endeavour for the Alpha IQ program, because we simply don’t have the ad budget to compete with the large manufactures of Apple, Samsung , Sony etc. Its been proven time and time again that men are interested in engaging women via digital platforms. In “A Billion Wicked Thoughts,” researchers Ogi Ogas and Sai Gaddam sifted through 400 million Internet searches and found that 55 million of them (about 13 percent) were for erotic content.[4] In the years following Ms. Coulombe’s and Dr. Zimbardo’s “Demise of Guys” Ted talk, many talented and attractive young women approached them at various lectures around the world and shared thought provoking tales. There were professional women in the mid-twenties to early forties that all echoed the same theme: it was difficult to find a man of similar age and with similar background to theirs who knew how to carry on a basic social conversation or follow the social etiquette of interpersonal communication with a new acquaintance where there appeared to be some social attraction. [5] Aside from the steady increase in shyness, what is different today is that shyness among young men is less about a fear of rejection and more about fundamental social awkwardness – not knowing what to do, when where or how. [6]

Lost boy – “I play video games and watch pornography on a regular basis … but I’ve always been average looking and I’ve hated the tiresome aspect of having to make the effort to appease the opposite sex. It’s expensive, confusing and rarely successful. I feel like the personal relationships with any girl/woman I’ve known have meant nothing to me and can be easily substituted with male company whilst pornography fills the rest.”

Therefore, it might be a useful tool to take advantage of the – Bros before Hoes Social Intensity Syndrome (SiS) or “laddism” as coined by Sarah Brunskill and Anthony Ferreras to create a space like Alpha IQ to help facilitate and use this deep preference for male company and bonding over association or partnership with women in the beginning. With of course the macro end goal of prompting our male students to venture out and interact with real women and eventually get married.[7]

Francis Fukuyama wrote in his book ‘Trust’; liberal political and economic institutions depend on a healthy and dynamic civil society for their vitality which all builds on a strong and stable family structure. Charles Murray shared a similar view in ‘Coming Apart’, arguing marriages are one of the foundations of a nations strength and financial resilience. [8]

“If we do not initiate the boys, they will burn the village down”

Craig McClain, cofounder of the Boys to Men Mentoring Network offers an unfortunate view of why men do not often engage teenage boys – fear. Alpha IQ can work to facilitate at least digital relationships with men and boys.[9] One of the most crucial things for these young men transitioning into manhood was simply having an adult male around who enjoyed their presence and could guide them so they could be loved for who they were but also held accountable for what they did – the Alpha IQ program can hammer home physical participation in sports and martial arts programs such as jiu jitsu – where love and appreciation can flow based on performance and effectively trying to achieve something. [10] Social media sites have now replaced the extended family members role as the main source of social support and regulation, however young men need more than “contacts”. They need confidants. They need people who will physically be there when they are down in the dumps, who can sense their need because they interact with males enough to recognize changes in their moods without them having to ask for help – the Alpha IQ programs wing man app will facilitate team building and those types of partnerships.[11] 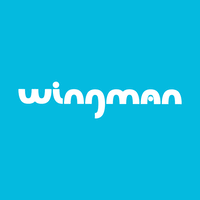