Relying on the advice of Neils Clark and P. Shavun Scott, Alpha IQ sees that games aren’t as passive as other media … stories on a television screen can inform us, but short of reality, a game is what teaches. Alpha IQ is a teaching curriculum that will also become a game of life where men can compare and contrast different techniques in the pursuit of building the most ideal life while mentoring others. [22] The concept above may seem lofty, however findings show men gravitated to games that involved conquering or acquiring territory are more popular due to the activity that took place in the brains mesocorticolimbic center. [23] That’s why Alpha IQ will be positioned as a ‘positive gaming experience’ due to its form as a learning/training program that makes real-world impacts. [24] The Alpha IQ program can extol the positive virtues of ‘Plan B’ thinking to counteract the issue poet and philosopher Robert Bly and psychoanalyst Marion Woodman dubbed “the Great Disappointment”, the moment when kids realize they’re not going to be the next big thing. [25]

Re-engaging the masses with blue-collar jobs and taking pride in work well done by men will essential. [26] UCLA conducted a survey of incoming freshmen in 2013 noted that while freshmen perceive themselves as cooperative and tolerant of those with different beliefs, they rated themselves poorly when it came to being open to having their own beliefs challenged. Similarly, in a Josephson Institute of Ethics survey on the moral attitude of young people, 45 percent of boys (versus 28 percent of girls) “agreed” or “strongly agreed” with the statement, “ a person has to lie or cheat sometimes in order to succeed,” and twice as many boys as girls agreed or strongly agreed that it's not cheating if everyone is doing it”. Therefore, any consensual activity can become acceptable even if it is immoral or unethical. This is the type of attitude that becomes a stepping-stone for good people to justify doing bad things if others are doing so as well. [27] 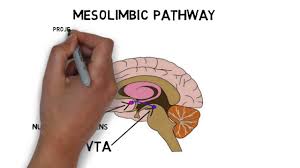 Each chapter and subsection of the Alpha IQ program consistently promotes leaving those found in social situations better off than when you first encountered them, this is the opposite of Narcissism, which is the enemy of compassion. [28] The way men communicate with each other lends itself to building trust because they know their male friends will be upfront with them – Alpha IQ will take advantage of this phenomenon and create a atmosphere where men can discuss and share perspectives on social success and challenge the narcissism of the other students. [29] The Alpha IQ system has been carefully modified to address the “hero-asshole complex” that plagues most PUA doctrines. [30] This can be accomplished by teaching men how to ask for help from friends, family, teaches, coaches and others who could alleviate some of the confusion and even the negativity that comes with bottling emotions that also contribute to asshole narcissistic like tendencies.[31] Truth is, the Alpha IQ program understands that people now trust social media more than they trust their own governments. On top of that, with the lack of male teachers, boys are rapidly falling behind. So it makes sense, that sponsoring a nationwide male mentorship program that brings more positive male figures into a young mans life would be seen as an ideal reaction. [32] We also know what schools need to do to help young men, but the red tape and bureaucracy to attain those types of changes could take decades. In the meantime, programs like Alpha IQ can cover;[33] 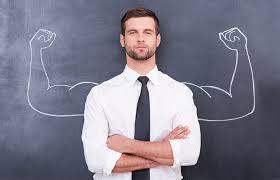