Home » Blog » What we can learn from Thanos

With Avengers: Endgame (2019) breaking box office records, much ink has been spilled over the question of the main villain, Thanos, and whether or not he was “right.”

Evaluating right and wrong is the domain of moral philosophy. But rather than go about the rather dull “Yes or No” that so many other pieces fall into, we decided that we’d ask what kind of a man Thanos represents. He’s a villain, yes. And killing is wrong, sure. But is he purely vicious? No, because that would be too boring from a storytelling point of view. So what can philosophy tell us about Thanos from the perspective of justice and our current culture? In short: What kind of man is Thanos? And should we consider adopting at least some of his principles? 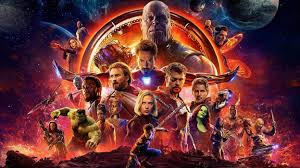 For background, Thanos is a supervillain, a mighty alien conqueror from the Marvel comic book universe, first appearing in The Invincible Iron Man #55 in 1973. As the character evolved, he took on the form and statue akin to a Titan from Greek mythology, especially with a name like Thanos. In the last Avengers movie, Avengers: Infinity War (if you haven’t seen it yet, that’s your fault!) Thanos was on a mission to collect all six of the infinity stones and place them in a mighty gauntlet, which he wielded as a weapon. Why? To wipe out half of all life with the snap of his fingers. As you probably know by now, he succeeds. The last Avengers movie ends with 1 out of ever 2 people turning to dust, including many fan-favorite superheroes, like Spider-Man, Nick Fury, Dr. Strange, and Star-Lord.

Maybe you’re thinking: Wow, what a dick? Killing 50% of all life is nuts! No one should like this guy. But it isn’t quite that simple. 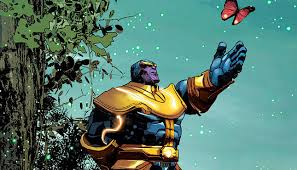 Plato and the Tyrant

In Plato’s The Republic, Socrates is faced with a rather convincing argument. When faced with the question, “Is it best to be just?” Plato’s brother, Glaucon, makes a version of the following case. Initially, he used the example of ‘the Ring of Gyges’, but since that turns out invisible and smacks of Lord of the Rings, we’ll modify the model to Thanos’ Infinity Gauntlet.

Glaucon asks, “What would a man do if he had the Infinity stone gauntlet?” Now, he could do whatever he wanted: steal anything, sleep with anyone, and get away with murdering his enemies. If a man didn’t do these things, others would secretly think he’s a fool for wasting such power, while publicly applauding him. Because power brings that kind of public scrutiny, but at the same time, abusing power brings vast benefits, it is best to act unjustly, but being perceived as behaving just. In other words, be selfish and ruthless while tricking people into thinking you’re right and kind. That, he says, is the most desirable state of affairs.

A similar claim is made by Machiavelli in The Prince almost eighteen-hundred years later when he says it is better to be feared and loved, but if a leader (read “tyrant”) can only have one, choose fear. 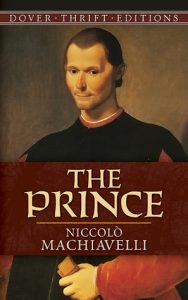 ~ The Prince
by Niccolò Machiavelli

Is Thanos a tyrant?

Plato has lots to say about tyrannies. Tyrants often rise to power out of democracies, choosing him as an easy fix to perceived ills, but then the tyrant will simply consolidate power instead of actually solving problems. He is mainly focused on himself. Vain and given to vices, like drink and sex, succumbing to his desirous impulses, and using his position to enrich himself. He will eliminate his enemies, often robbing the state of smart people. This is a pretty good descriptor of practically every tyrant in history, and in a way, it’s somewhat comforting to know that human nature hasn’t changed in all these millennia. A tyrant will always be a tyrant, just with different clothing.

But that description is simply not Thanos. He has ultimate power, but he doesn’t use it selfishly.

Thanos rules, but for a purpose. Once that purpose is achieved, he’s done! He gives up power willingly to retire and live out his life on a deserted planet to watch the sunrise. He doesn’t use the most remarkable tool ever conceived to enrich himself in any way. In fact, he’s even willing to sacrifice what he loves most to get it, as seen in Infinity War when he murders his adopted daughter, Gamora, to earn the soul stone on the planet Vomir. So if he’s not a tyrant, what’s driving him? Justice. 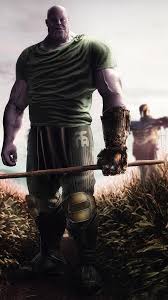 Thanos and His Justice

Where the Avengers believe that all people have inherent value and are worth going to great lengths to save, Thanos looks at a bigger picture. For Thanos, there are just too many people. Not only on Earth but in the universe as a whole. Trillions of beings, taking up too much space, using too many resources, selfishly devouring for themselves what could be better used for future generations.

For the story, the writers were inspired by viewpoint first articulated by Thomas Malthus, a 19th-century scholar, and demographer who was the first to note the dangers of over-population, especially in comparison to the food supply at the time. Population expands exponentially, he argued, while food grows arithmetically. Two adults can easily create four children, who will then grow up and have kids of their own. Meanwhile, there is only so much land we can farm. At a certain point, you run out of food, and all those people we made as a society starve, causing misery and suffering. Therefore it is a good idea to limit the population.

This view has seen a rebirth as the Earth’s human population approaches 8 billion people, and we accelerate toward – as most scientists tell us – ecological collapse. Studies show that the single most eco-conscious thing you can do is drive an electric car, avoiding air travel, or eating local organic food, and not have kids, especially in Western Nations. So Mathus is having a bit of a come-back.

It’s important to note that Thanos believes his cause is just. He doesn’t want to kill everyone and sees himself as bringing a painful, necessary outcome for the future of life in the universe so that later generations can grow and prosper without suffering because their ancestors took too much. He takes a much longer view, a timescale of eons, while the Avengers narrowly focus on the whole “it’s wrong to kill people” thing. Ugh, superheroes amirite? 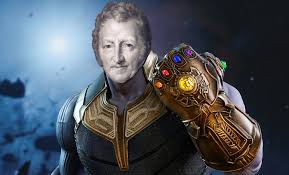 This brings us to a philosophical debate that has been raging for hundreds of years, consequentialism vs. deontology. Or put it in ordinary language, the position that actions should be judged by their consequences vs. the view that their actions are right or wrong, regardless of consequences. For example, a deontologist would say, “it’s wrong to lie,” but a consequentialist would say, “Oh yeah? What if you’re celebrating Christmas at your sister’s house and your 5-year-old niece asks you if Santa is real? Are you really going to be the jerk who ruins her Christmas and all future Christmases just because you can’t lie?

In general, consequentialism usually takes the form of utilitarianism, the view that we ought to act in the interest that maximizes happiness and minimizes suffering. 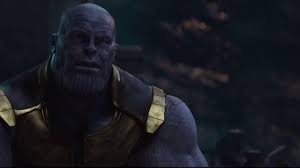 This is a valid argument, which means that if all of the premises are true, it’s literally impossible for the conclusion to be false. (Luckily, we can deny the truth value of the first premise, that the universe has twice as many people as it can sustain pretty smoothly!)

In this view, Thanos is a righteous warrior fighting for a future he believes is best. He is noble, and, as he sees it, he is “inevitable.”

It’s almost astounding how equally he treats people. For Thanos, people in the future have just as much right to happiness as people now. For him, people who don’t exist yet are on equal footing as people who do! That’s radical equality. As far as we can tell, the ones who are killed are chosen randomly and perish in an entirely painless way. The only ones who suffer are the ones left behind. But what are a few sore feelings compared to the visceral misery and starvation that would have been brought if not for Thanos’ heroic mass euthanization? For Thanos, The Avengers are the real villains, short-sighted and selfish. “Get over yourself,” he might say. “You lived. Move on. This is what is best for everyone.” 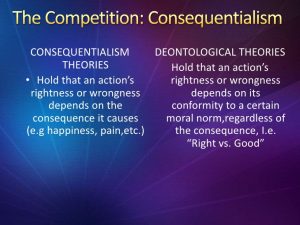 What lessons can we learn from Thanos?

The overarching question of ethics is “how ought we to live?” Despite being a villain, Thanos has virtues as a man, ones that can add value to your life. So what kind of man is he? Thanos, is strong, driven, and intelligent. And while his methods are clearly not what we’d call ethical, he is someone who acts according to a moral compass with a deep sense of meaning and purpose in his life. 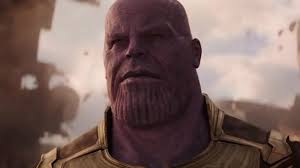 Take the Longview and work toward it

With his single-minded focus, Thanos was able to collect all six infinity stones. That’s long term planning. What’s more, he was focused on a goal that would have long-lasting implications for every generation to come. We all leave a mark on this world. Some are small, some big. What’s important is being able to be proud of what you leave behind. 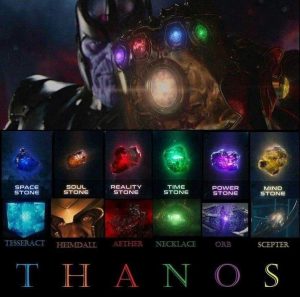 Be willing to believe in something beyond yourself

A good man knows he exists in a world that extends deep into the past, but even deeper into the future. Thanos brought meaning to his life by setting out to destroy half of it. Again, that’s bad. But setting big goals that resonate with something of value and purpose will bring you fulfillment, even if along the way, as Thanos learned, it can bring hardship and sacrifice. Being happy sometimes means experiencing pain. To paraphrase Nietzsche, “He who has a why can withstand almost anyhow.” Finding purpose is something many people never do. But once you do find it, it changes everything. 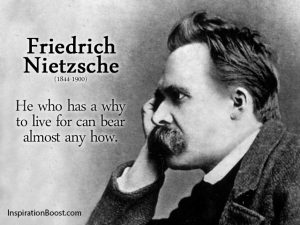 Build your personal strength and try to refrain from killing anyone

Thanos is not just a seemingly indestructible tough guy; he also exhibited inner strength: resolve, courage, conviction, and intelligence. Taking care of yourself by nourishing your body with proper nutrition and exercise while building your character and knowledge will improve your life and enhance you!

I just want to make this clear, we are not advocating for genocide! Because Thanos is a character who brings up a lot of questions about our own society and how we live, it doesn’t mean we think he’s “good.” At the end of the day, he’s a supervillain in a Hollywood movie.