Home » Blog » Redefining What It Means to be “Alpha”

What is the first thing you think of when someone says “Alpha Male”?

You probably think of a bully. Someone who pushes people around to get what he wants, someone who dominates, belittles, and spends their days yelling into the phone to get shit done. But most bullies, while they can attain power, are miserable people. There are real misguided interpretations about the idea of Alpha Males online, most of which seem to take for granted that the world is divided into categories of people, some of whom are alpha, some are beta, and so forth. This strange arbitrary hierarchy of men, each with their own “natural” place in the social pecking order.*

But humans do seem to naturally organize themselves into hierarchies, and power, this most ephemeral of things, lies within them. Evolutionary biology holds that the male at the top, the alpha, tends to get the most female attention, but people are a little more complicated than other animal groups. In fact, human social relations are one of the most complicated things you can study. But what can we learn from the alpha males of nature? What can science tell us about ourselves that has been misconstrued in the current online “Alpha Male / Beta Male” discourse? 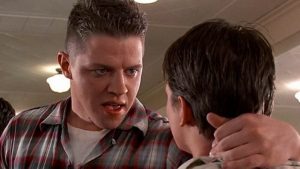 Let’s be clear, “Alpha Male” isn’t a thing inherent in a person or in an animal. Obviously, there is temperament and personality within a given individual, but there are no genetic “alphas.” “Alpha Male” is a term given by researchers to refer to a leading male individual in a group. It’s a title: Like CEO, or President, whoever is Alpha at any given time can change.

The term “Alpha Male” or “Alpha Dog” comes from the study of wolves coined in the earlier half of the 20th century. Dr. David L. Mech, a biologist, who studied wolves, wrote The Wolf: Ecology and Behavior of an Endangered Species, which was published in 1970, and it introduced the term “Alpha Male” to a broader popular audience. It was a surprisingly good seller, with over 100,000 books in circulation. He has since sought to correct the misconceptions his book brought into popular culture, disavowing the use of the term “Alpha male” as inaccurate, in favor of “breeding male” or “father wolf.”

Most packs don’t have several males jockeying for position, so the term is misleading at best, he says. David partly blames himself for the widespread use of the word, citing that “alpha” was just what you called it back then. Dr. Mech released this video in his effort to clarify for the public.

The term “alpha” is used elsewhere in biology, however. What about in our closest living relatives, the chimpanzee? Don’t they have alpha males? Indeed, primatologist often use the term Alpha Male to describe the leader of the group of chimpanzees. Isn’t it true that the alpha male gets the most female attention? Yes. But is it always the strongest, most aggressive male that gets to lead? No, actually.

In his Ted Talk – The surprising science of alpha males  – Frans de Waal shows that “being Alpha” is more nuanced than you might think. You should watch it, but if you’re short on time, here are some surprising facts he presents in his talk. 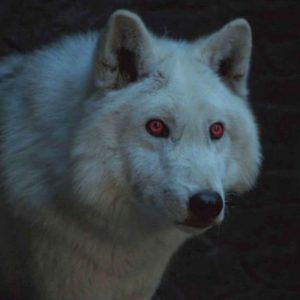 The Weakest Male Can Be Alpha

Sometimes younger alpha males will be installed with the help of older males. These alliances mean objectively stronger males will, at times, be blocked from power. Even if an individual male can absolutely destroy the current alpha male one-on-one, he doesn’t stand a chance against the alpha and the older previous alpha supporting him. Being alpha means understanding social give and take. With chimps,  when younger alphas ascend to the top must reward their supporters if they want to stay there. A concept I fully embrace when it comes to challenging the current pyramid of power. 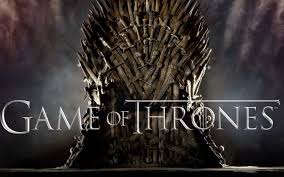 Chimps are notoriously selfish, except when it comes to the alpha resolving conflicts. They become surprisingly impartial, often siding with the least powerful in a battle. That’s because the alpha male isn’t there merely for their own benefit, they’re there for social order. A good alpha is loved and respected, not feared. 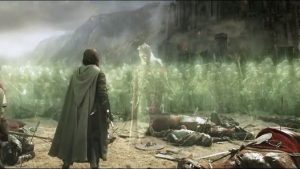 ~ Aragorn and the Army of the Dead

Being Alpha is Stressful

It’s lonely at the top. By having to always watch your back for rivals, and keeping the group happy, the alpha chimp is stressed out. This, we can all relate to stressful positions of power in our society. Check out pictures of George W. Bush and Barack Obama at the beginning of their presidencies versus at the end of their terms and see how both men magically aged twenty years in eight.
This is backed up in the primate research too. As  Frans de Waal cites the graph below detailing the cortisol – stress hormone – levels in baboons. It’s equally stressful to be the least potent and most despised member of the group in comparison to the most powerful and most revered. Funny enough, it’s the least stressful to be second in command.

Alphas Console More Than Anyone

Far from being the most aggressive and nasty, the alpha chimp participates in the most consoling activity, the most emotional support, of any other member of the group. More than any female. That’s right, real alpha males are empathetic. Remember Bill Clinton’s “I feel your pain” moment? The alpha is “consoler-in-chief.” Demonstrating that you can understand other people’s problems and can help them will make them trust you and support you. Again, the alpha chimp’s job is to ensure social stability.

What does “Being Alpha” really mean?

It’s important to note once again that “Alpha-ness” isn’t a property. We contend that it’s a way of being. We can look through the lens of biology and pick out specific behaviors that track closely to ours, but ultimately we’re talking about a more profound question of “what does it mean to be a good man?” And that question is up to us to answer.

We’ve seen that good males in our primate cousins aren’t just the strong and the aggressive. More time is spent supporting others, like their friends and those who have been hard done by. They are loyal and helpful to those less fortunate. They are also the most empathetic in their entire group, as the other members look to him for leadership and help in hard times.

We’re trying to build a new Alpha Ethos. For men, demonstrating physical strength might help attract some women, but showing social strength is far more critical. That means confidence, competence, and emotional well-being. It means learning how to forge and keep relationships with others who will help you and whom you will help in turn. If you ever want to be a leader, you must first learn to lead yourself.

That’s the alpha mentality. That is our ethos. 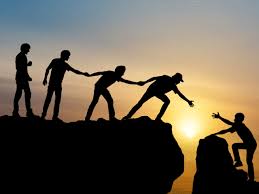 *Note: “Pecking Order” is a term for a dominance hierarchy that comes from hens (i.e., females)