Home » Blog » Alpha IQ: A New Leading System in the Study of Ethology

Since you are reading this article, you are probably wondering what Alpha IQ: A New Leading System in the Study of Ethology is. Secondly, you are most likely asking yourself what Ethology is as well. You can perhaps glean from the name that Alpha IQ has something to do with how to pick up girls, and having better and more fulfilling experiences with women and your social life in general, and you would be right.

Alpha IQ is the groundbreaking work from Emeka Bronson, a successful “pickup artist” and mentor to men all around the world. His many interviews and TV show appearances have sculpted a clear view of how sexual behavior works in men and women. All heavily rooted in Behavioral Psychology and Ethology.

The evolution of Game has changed dramatically in the last 10-15 years. In its infancy, Game was something that only a small percentage of men actually understood. With their successes, these men decided to teach other men how to run “game” through expensive mentorship programs.

What emanated from humble beginnings has morphed into a movement that has reached worldwide recognition through various mainstream media channels. While these “Pick-up artists” were successful, there was something about their Game that was lacking. They had most of the puzzle pieces, but they didn’t know what the final picture actually looked like. They were essentially creating the pieces to the puzzle as they put it together.

In the ashes of these men’s majestic ruins rose a new type of “Pick-up artist.” These men were less concerned with pick-up lines and saying the right things, but more concerned with being more “centered, confident, and successful men” in all aspects of their lives; and not just their sex lives. One of the men leading this charge was the creator and mind behind Alpha IQ, Emeka Bronson. 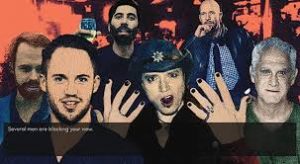 ~ various leaders in the PUA industry

So what does Alpha IQ have to do with Ethology? First, Ethology is the scientific study of animal behavior under natural conditions. Ethology also views these behaviors as evolutionary adaptive traits. At its core, the Alpha IQ; A New Leading System in the Study of Ethology, takes what the early innovators of Game knew and discovered. It also studies the scientific findings behind the animal and human behavioral characteristics and habits. With this, one beautiful portrait of how modern sexual behavior is subject to adaptive traits from evolution can be created.

“Can you say that in English, please”? Of course, I can. The focus of Alpha IQ isn’t on having a lot of money or looking good. While these can be byproducts of adopting the Alpha IQ “mind frame”, it isn’t what you need to dedicate most of your time to. The Alpha IQ’s focus is on realizing that the human mind is subject to change. Thought patterns can change, your mindset can be altered, and you can decide your course of life-based on how you view your reality. If Alpha IQ had to be condensed into one sentence, it would be: “A system of behavior and mindset alterations will lead you towards the sex, social, and business life that you have always dreamed of.”

So basically, Alpha IQ realizes that the reason men behave the way they do, and why they are frustrated with their sexual lives, is based entirely on their behavior and personal mindset and that this mindset and behavior can be changed with hard work and determination. 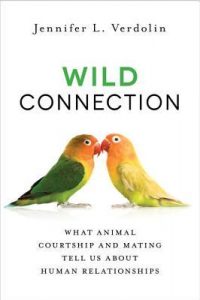 Alpha IQ, Paving The Road to The Future of Ethology

For decades scientists believed they understood human and animal behavior. But since the beginning of the 21st century, Ethology has been changing the scientific communities’ views on many aspects of human and animal existence, such as learning, sexuality, culture, etc. These new findings offer fresh insights into the workings of the male and female psyche and what drives us to do what we do, especially when it comes to sex.

So what does Alpha IQ bring to the Ethological table? Well, it brings a buffet of new information and a three-course meal worth of fieldwork simultaneously. Bronson may be a pick-up artist, a playboy, or whatever you want to call him, but he is also an intellectual and scientist at heart with a deep passion for his work.

Alpha IQ does what most scientific studies don’t do, which is to take scientific research and personal experience and wrap them into an easily digestible and straight forward way of understanding. This will push Ethology into a new era. This new Ethological era, starting with Alpha IQ, will take complex topics such as human sexual behavior and make them accessible to the average-Joe. You won’t have to go to college or research tons of jargon and challenging words to see the ethological forest for the trees. What Alpha IQ will also do is allow any man to apply these scientific findings into their daily lives and to see results.

Alpha IQ is bridging the gap between the scientific community and the normal man as well. While most studies on human sexuality and behavior offer a clear insight into how the mind works, most of these studies lack the practical application methods that people like you and I need. Alpha IQ is structured to give its readers tasks to follow to improve their mindsets. It gives them real-world examples that they can develop and imitate. 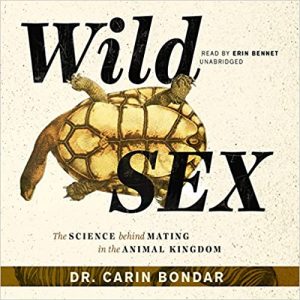 Alpha IQ: A New Leading System in the Study of Ethology and the rest of the Community

But the best part about Alpha IQ is that it is a way for the Ethological community to gain research and further insight into human sexuality. Alpha IQ will be used by researchers to discover the process of how behavior in humans males can be altered and changed in real-time. Alpha IQ is a motivational and life-changing course for men.

It’s also an expansive and detailed experiment that can provide a wealth of research material and fieldwork studies for the ethological community. It will bring the world of Ethology into bars and nightclubs, all while letting the scientific community sit back and let the research come to them. With the actions taken by men following the system, the study practically writes itself. What a time to be alive! 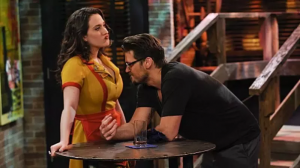 Bringing it all together.

With the release of Alpha IQ: a New Leading System in the Study of Ethology, the Ethological community will start to gain new insight into human sexual behavior. Modern cultural factors and human sexuality will be woven together to form a detailed tapestry of human experiences. The average man will be provided a roadmap to the type of life they have always wanted. A roadmap that will guide them on the path to becoming the men they want to be the men society needs them to be. Alpha IQ will change the lives of countless men who wish to forge an image of positive masculinity, but it will also change the future of Ethology as we know it. And guess what? That future is looking extremely bright. 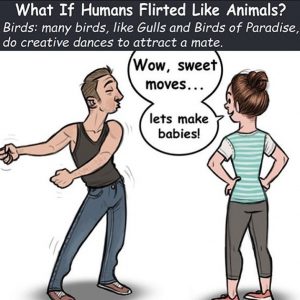